The Food and Drug Administration (FDA) has approved Tafinlar (dabrafenib) in combination with Mekinist (trametinib) for the adjuvant treatment of patients with melanoma with BRAF V600E or V600K mutations, as detected by an FDA-approved test, and involvement of lymph node(s), following complete resection.

The approval was based on results from COMBI-AD, a Phase 3 study which included patients with Stage III BRAF V600E/K mutation-positive melanoma and pathological involvement of regional lymph node(s). The major efficacy outcome measure was relapse-free survival (RFS), defined as the time from randomization to disease recurrence, new primary melanoma, or death from any cause (whichever occurred first).

“The purpose of adjuvant therapy is to improve recurrence-free and overall survival in our patients with melanoma. Adjuvant therapy options are crucial today because more than half of patients have a recurrence after surgery,” said John M. Kirkwood, MD, Usher Professor of Medicine, Director of Melanoma and Skin Cancer, University of Pittsburgh.

“We developed the first adjuvant therapy approved by the FDA 22 years ago, and now we have the first effective oral targeted therapy combination that prevents relapse among patients with BRAF-mutated melanoma that has spread to lymph nodes.” 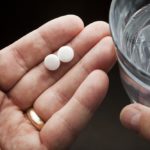 Link Between Chronic Aspirin Use and Malignant Melanoma