Loss of inositol polyphosphate-5-phosphatase (INPP5A) expression predicts poor overall survival in recurrent and metastatic disease (RMD) of cutaneous squamous cell carcinoma (cSCC), according to a study published in the Journal of the American Academy of Dermatology.

RMD of cSCC is associated with poor outcomes, but there are currently no available biomarkers to stratify risk in this population. Because INPP5A has been found to play a role in the progression of actinic keratosis to cSCC and localized disease to metastatic disease, this multicenter, retrospective Mayo Clinic Health System cohort study was designed to determine the prognostic value of INPP5A as a method for risk-stratifying RMD.

Study limitations included the multicenter but single-institution design with a population of only white participants. In addition, it was underpowered to detect differences in the outcome of INPP5A at the primary tumor level, and the metastatic cohort was at a significantly more advanced stage than the recurrent cohort. 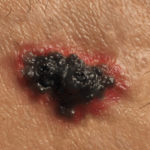