The incidence of RAS, BRAF, and EGFR mutations is low in patients with cutaneous squamous cell carcinoma (cSCC) and the search for these mutations prior to cetuximab therapy is unwarranted, according to a study published in JAMA Dermatology.1

Recent research suggests that cetuximab may have a role in the treatment of advanced cSCC, though its efficacy is inconsistent.

To identify biomarkers predictive of response to cetuximab in this population, investigators analyzed tumor samples from 31 patients with histologically confirmed advanced SCC who received single-agent cetuximab. Median age was 86 years and 71% were male.

Researchers determined mutational status by pyrosequencing method, allelic discrimination, or Sanger sequencing to examine the incidence of somatic mutations of the RAS, BRAF, and EGFR genes. They then evaluated whether any of these gene mutations were associated with cetuximab response.

Only 2 samples had RAS mutations. There were no mutations in the KRAS, BRAF, or EGFR genes at the investigated loci.

Two patients with NRAS and HRAS mutations achieved a partial and complete response to EGFR blockade with cetuximab.

In the overall cohort, 67.8% of patients had disease control at 6 weeks. With an average follow-up of 19 months, median progression-free survival and median overall survival were 9 months and 13 months, respectively. No patients required dose reductions.

The findings suggest that treatment with cetuximab is efficacious in patients with advanced cSCC. The identification of RAS, BRAF, and EGFR mutations prior to initiating therapy is, however, not warranted, as the incidence is low in this population. Further studies are needed to identify predictive biomarkers for cetuximab response in non-melanoma skin cancer. 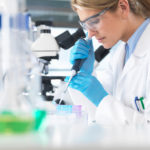