The Food and Drug Administration (FDA) has approved Libtayo (cemiplimab-rwlc; Regeneron Pharmaceuticals, Inc.) as the first immunotherapy for the treatment of patients with locally advanced basal cell carcinoma (laBCC) who have previously received a hedgehog pathway inhibitor (HHI) or for whom an HHI is not appropriate. The agency simultaneously issued an accelerated approval to Libtayo for use in patients with metastatic BCC (mBCC) who meet this same criteria.1

The full approval in laBCC is based on primary analysis data from the phase Study 1620 (NCT03132636) trial. The accelerated approval is based on results from an interim analysis of Study 1620 that assessed the tumor response rate with Libtayo and the durability of response.2

Study 1620 is an ongoing multicenter, non-randomized, open-label trial in patients with laBCC or mBCC who experienced disease progression on HHI therapy, demonstrated no objective response to HHI therapy after 9 months of treatment, or could not tolerate the intervention.1 Libtayo, a fully humanized immunoglobulin G4 (IgG4) monoclonal antibody that binds to PD-1 and blocks its interaction with PD-L1 and PD-L2,3 was administered at 350 mg every 3 weeks for up to 93 weeks until disease progression, unacceptable toxicity, or treatment completion.1

The confirmed ORR among the 28 patients with mBCC was 21% (95% CI, 8-41). The median DOR was similarly not reached (range, 9 months to 23.0+ months), and all responders were found to maintain their response for a minimum of 6 months.

“Today’s FDA approval of Libtayo will change the treatment paradigm for patients with advanced basal cell carcinoma,” said Study 1620 investigator Karl Lewis, MD, a professor in the division of medical oncology at the University of Colorado in Boulder. “Advanced basal cell carcinoma is a persistent, painful and highly disfiguring cancer. While the primary systemic treatment options are hedgehog inhibitors, many patients will eventually progress on or become intolerant to this therapy. With Libtayo, these patients now have a new immunotherapy option that has demonstrated clinically meaningful and durable anti-tumor responses.”

The recommended dosage of Libtayo is 350 mg as an intravenous infusion over 30 minutes every 3 weeks until disease progression or unacceptable toxicity. 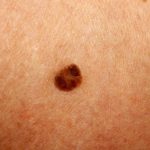