Ipilimumab plus nivolumab can improve progression-free survival (PFS), compared with ipilimumab alone, in patients with advanced melanoma who did not respond to prior anti-PD-1 therapy, a phase 2 trial suggests.

These results “support the use of nivolumab plus ipilimumab as next-line treatment in patients with tumors that have not responded to anti-PD-1 therapy alone,” said Ari M. Vanderwalde, MD, of West Cancer Center in Germantown, Tennessee.

Dr Vanderwalde presented the results at the AACR Annual Meeting 2022.

The phase 2 SWOG S1616 trial (ClinicalTrials.gov Identifier: NCT03033576) was designed to test the hypothesis that ipilimumab alone or in combination with continued anti-PD-1 nivolumab may reverse primary resistance to PD-1/PD-L1 blockade in patients with advanced melanoma.

The study enrolled patients with stage IV or unresectable stage III melanoma who had not responded to anti-PD-1/PD-L1 therapy and had not received prior treatment with a CTLA-4 antagonist.

Patients were randomly assigned 3:1 to receive nivolumab plus ipilimumab (n=69) or ipilimumab alone (n=23) as long as they derived a clinical benefit from the treatment. Baseline characteristics — including age, sex, performance status, and duration of prior therapy — were well balanced between the arms.

The PFS benefit with nivolumab was observed across nearly all subgroups. Subgroups that did particularly well with the combination included patients with stage IV disease (HR, 0.48), those with no prior adjuvant therapy (HR, 0.53), and those who received less than 6 months of anti-PD-1 therapy before enrollment (HR, 0.48).

The median duration of response was not reached in the ipilimumab-alone arm and was 18.9 months in the combination arm. There were no significant differences between the arms with regard to the treatment received after progression.

Dr Van noted that there was no significant difference in overall survival (OS) between the treatment arms, but the study was not powered to detect a difference in OS.

Disclosures: This research was sponsored by the National Cancer Institute. Some study authors declared affiliations with biotech, pharmaceutical, and/or device companies. Please see the original reference for a full list of disclosures.

Vanderwalde AM, Moon J, Kendra K, et al. Ipilimumab plus nivolumab versus ipilimumab alone in patients with metastatic or unresectable melanoma that did not respond to anti-PD-1 therapy. Presented at AACR 2022; April 8-13, 2022. Abstract CT013. 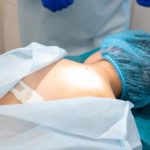