Staged excision reduces the likelihood of recurrence of melanoma among patients with chronically sun-damaged skin, according to an article published in JAMA Dermatology.1

Melanoma on the head or neck of patients with sun-damaged skin often has poorly defined margins, and is consequently more likely to recur after excision with standard margins than disease on the trunk and extremities. For this study, researchers evaluated whether staged excision reduces the likelihood of disease recurrence.

The authors obtained data of 806 patients using the University of Michigan Melanoma Database; virtually all patients were Caucasian, with the exception of 1 Hispanic/Latino patient. Follow-up after staged excision was at 5 years, 7.5 years, and 10 years.

The authors concluded that the staged excision method led to a high rate of disease control and patient satisfaction. 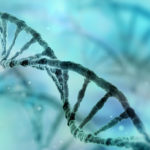