A retrospective study of patients with melanoma treated with immune checkpoint inhibitor (ICI) therapy showed worse overall survival (OS) for those receiving antibiotics within 3 months prior to the first ICI infusion compared with patients not exposed to antibiotics during this time period. These findings were reported in the Journal of the National Cancer Institute.

Despite the demonstrated benefits of ICI therapy in patients with melanoma, a substantial proportion of patients with this disease do not respond to treatment with this class of drugs, thereby providing an impetus to identify predictive biomarkers for ICIs.

Previous animal and human studies have shown long-lasting dysbiosis in patients receiving antibiotic therapy, as well as an association between decreased gut microbiome diversity and worse response to ICI. The aim of this study was to evaluate the impact of antibiotic exposure on the efficacy of ICI therapy in a large population of patients with melanoma.

In this study, data were accessed from the medical records of patients with stage III/IV melanoma receiving treatment with ICI (ie, ipilimumab, nivolumab, pembrolizumab, or ipilimumab/nivolumab) on 2 research program protocols at a single academic oncology center between 2008 and 2019.

Of the 568 patients included in the study, 114 and 454 were classified as having been exposed to antibiotics during the specified period vs not exposed, and 204 and 364 had stage III and stage IV disease, respectively. Most baseline characteristics, such as age, gender, Eastern Cooperative Oncology Group (ECOG) performance status, prior targeted and chemotherapy, class of immunotherapy received, and BRAF mutation status were similar between the 2 groups, although among patients with stage III disease, those receiving antibiotic therapy were more likely than patients not exposed to antibiotics to have undergone definitive surgery (93.4% vs 65.8%).

At a median follow-up of 3.1 years, median OS in the overall patient cohort was 43.7 months and 27.4 months for those with and without antibiotic exposure (log-rank P =.01). On multivariable analysis controlling for multiple confounding factors, the hazard ratio (HR) associated with antibiotic exposure was 1.95 (95% CI, 1.43-2.66; P <.001).

Regarding antibiotic class, penicillins, cephalosporins, and fluoroquinolones were all associated with survival detriments when administered to patients within 3 months of the first infusion of ICI.

“Given the known overutilization of antibiotics in current society, physicians should exercise caution when considering antibiotic prescription in cancer populations treated with ICI. These findings are particularly relevant for patients undergoing surgery for stage III or IV melanoma, in whom adjuvant ICI therapy is planned, as injudicious antibiotic use in the postoperative setting should be avoided if possible,” the study authors remarked in their conclusion. 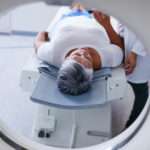 FDG-PET Superior to CT for Predicting Melanoma Relapse After Immunotherapy