Therapy with a 1540-nm nonablative fractional laser could be considered as a safe and effective alternative therapeutic option for the treatment of actinic keratosis (AK) according to recent study results published in the Journal of Cosmetic Dermatology.

Therapeutic approaches for the treatment of AK include modalities such as ablative lasers; however, ablative lasers have adverse effects (AEs), including oozing, crusting, edema, and burning discomfort during the first week of treatment and long-term erythema, which is disagreeable for most patients. Consequently, in this study, researchers investigated the therapeutic effect of noncontact 1540-nm nonablative fractional laser for the treatment of AK.

The study included 10 patients [7 men and 3 women; average age, 60 (range, 53-80) years] with a total of 31 AK lesions. Exclusion criteria included the history of keloid and scar, nonhealing ulcer, using ablative methods such as cryotherapy, curettage a month before the study, and pregnancy or lactation. The patients were treated with nonablative fractional laser (1540 nm) 3× at 4-week intervals in a noncontact mode.

A dermatologist assessed treatment response and AEs at each session and 3 months after the last session; severity of skin lesions was rated from 0 to 4 (0 = no damage; 4 = most damage) according to the thickness, coarseness, and scaling by clinical and dermoscopical evaluation and palpation. The dermatologist also assessed patients for signs of improvement.

Limitations of the study include the small sample size, short follow-up period, lack of control group, and nonblinded experimental design.

The researchers concluded that “fractional 1540-nm nonablative laser is a safe and effective method for the treatment of AK and it can be used as a new and alternative therapeutic method; however, more studies with greater number of participants are needed to introduce this method as a definite therapeutic approach.” 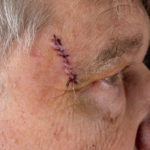