A 4-week regimen of 4000 mg turmeric polyherbal combination tablets was found to be superior to turmeric alone and placebo in improving facial redness, according to a study recently published in the Journal of Integrative Medicine.

In this prospective, single-center, grader-blinded, double-blind randomized pilot study, generally healthy patients aged 25 to 60 years (N=28) completed the trial at the Department of Dermatology, University of California, Davis from August 2016 and July 2017. Participants were each given a bottle of 240 tablets and instructed to take 4 tablets orally twice daily. The tablets contained one of 3 possible interventions: placebo (n=9), turmeric (n=10), and turmeric polyherbal supplements (n=9). Facial redness was assessed by clinical grading and image-based analysis at baseline and at 4 weeks.

Limitations of this study included short study duration, although facial redness can be detected at an earlier stage than clinical changes. Participants were advised to avoid all turmeric-containing foods in their diets during the study course, but intake of other herbs would have been difficult to monitor.

These findings suggest that the antioxidant and anti-inflammatory properties of the turmeric-containing polyherbal tablet play a role in the factors related to facial erythema. Further studies are warranted to quantify the effects of turmeric polyherbal formulations.

Disclosure: One author declared affiliations with the pharmaceutical industry. Please refer to reference for a complete list of authors’ disclosures. 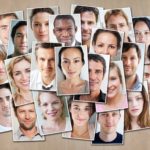