Ustekinumab can safely treat moderate to severe psoriasis in pediatric patients ≥6 years of age to <12 years of age, suggesting the potential expansion of the drug’s indication to children with this disease. This is according to study findings published in the British Journal of Dermatology.

Week 12 endpoints included the percentages of patients who achieved a Physician’s Global Assessment score of cleared/minimal (PGA 0/1) and a ≥75%/90% improvement in the Psoriasis Area and Severity Index (PASI 75/90). In addition, the change in the Children’s Dermatology Life Quality Index (CDLQI) was assessed at 12 weeks. At week 52, levels of serum ustekinumab concentrations, anti-drug antibodies (ADA), and cytokines were measured. Safety was assessed at week 56.

Limitations of the study included the small number of enrolled participants as well as the lack of a placebo arm.

The study authors concluded that these data “demonstrate a favorable benefit-risk profile of ustekinumab for the treatment of younger pediatric patients with moderate-to-severe psoriasis.” 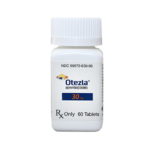