Increased pharmacovigilance by additionally monitoring distinct T cell subset count in addition to absolute lymphocyte counts may provide more meaningful insights into the safety and efficacy of fumaric acid esters (FAEs) for the treatment of psoriasis, according to a study published in the Journal of the European Academy of Dermatology and Venereology.

The main finding of this study was that the numbers of CD4+T, CD8+T, CD19+B, and CD56+NK cells were significantly reduced by treatment with FAEs. The mean lymphocyte count was significantly decreased by 23.9% within the first 3 months of treatment, and the counts continued to decrease over the course of treatment by approximately 40% of baseline values. The mean CD4+T cell and the mean CD8+T cell counts each declined significantly by 49.9% and 55.7%, respectively. The CD19+ B cell and CD56+ NK cell counts also decreased significantly by 27.7 % and 21.9 %, respectively, compared with mean baseline values.

This study was limited by its utilization of a retrospective data set. The data reported reflect the clinical experience of a single tertiary care center and may not be representative of the entire population of patients with psoriasis.

Based on their findings and long-term experience, the authors suggest that periodic monitoring of CD4+ and CD8+T cell counts in intervals of 4 months or fewer, in addition to monthly complete blood count and lymphocyte count, seems to be clinically relevant for making therapeutic decisions regarding continual and long-term use of FAEs.

Disclosures: This study was partly supported by Biogen GmbH, Ismaning, Germany. Please see the original reference for a complete list of authors’ disclosures. 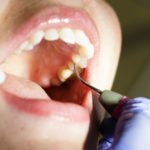 Periodontal Health Should Be Monitored Closely in Patients With Psoriasis