Signs and symptoms of psoriatic arthritis (PsA) remained well controlled across multiple clinical domains in patients taking secukinumab for 104 weeks via subcutaneous injection, according to results from phase 3 of the FUTURE 2 study, published in Rheumatology. As the first large study to offer such evidence, FUTURE 2 presented encouraging data for both anti-tumor necrosis factor-alpha (TNFa)-naive and TNFa-IR subjects as to the extended safety, tolerability, and efficacy of secukinumab in the treatment of PsA.

When nonsteroidal anti-inflammatory drugs and disease-modifying antirheumatic drugs fail to address patients’ needs, biologics such as TNF inhibitors and anti-interleukin-17A (IL-17Ai) antibodies are often useful for relieving signs and symptoms and offer patients better quality of life. However, TNF inhibitors are sometimes not well tolerated, with a subset of patients who respond poorly. Secukinumab, an immunoglobin G1 monoclonal antibody that neutralizes IL-17A, fills this clinical need by offering safe, effective, and rapid relief of immune-mediated conditions, including PsA.

The FUTURE 2 study (ClinicalTrials.gov identifier: NCT01752634) is an ongoing, randomized, double-blind, placebo-controlled study that sought to assess long-term efficacy, safety, and tolerability of secukinumab up to 104 weeks in active PsA. A total of 397 patients were randomly assigned into 4 treatment groups: secukinumab 300, 150, or 75 mg or placebo. The placebo group was re-randomized into secukinumab 300- or 150-mg treatment groups, at 16 weeks (nonresponders) or 24 weeks (responders). All randomizations were stratified by TNF inhibitor status. Of the 397 participants, 84% completed the study up to 52 weeks, with 76% still enrolled at 104 weeks. By treatment group, 86%, 76%, and 66% of subjects from the 300-, 150-, and 75-mg groups, respectively, finished the full 2 years.

With demonstrated efficacy, safety, and tolerability, secukinumab appears to be an excellent alternative to TNFa therapies, particularly for those in whom TNFa medications present issues in terms of adverse events and loss of clinical response over time. 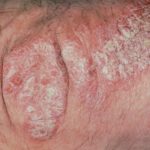