Risankizumab is superior to adalimumab for improving psoriasis, based on assessments using the Psoriasis Area and Severity Index (PASI) and static Physician’s Global Assessment (sPGA) score. Findings from these assessments were presented in a study published in the Lancet.1

In the study, patients with moderate to severe chronic plaque psoriasis were randomly assigned to either 150 mg risankizumab subcutaneously at weeks 0 and 4 (n=294) or 80 mg adalimumab subcutaneously at randomization and then 40 mg at weeks 1, 3, and 5, and every other week (n=291) for a total of 16 weeks. Intermediate responders to adalimumab were then re-randomized at 16 weeks to either 40 mg adalimumab (n=51) or 150 mg risankizumab (n=51) until a total of 44 treatment weeks had been reached.

The co-primary endpoints for the first 16 weeks were a ≥90% improvement from baseline in the PASI (PASI 90) and a sPGA score of 0 or 1. The primary endpoint for weeks 16 through 44 was PASI 90 (nonresponder imputation).

At 16 weeks, a significantly higher percentage of patients in the risankizumab group achieved PASI 90 (72% vs 47%; P <.0001). In addition, more patients randomly assigned to risankizumab achieved sPGA scores of 0 or 1 compared with patients randomly assigned to adalimumab (84% vs 60%, respectively; P <.0001). In the study segment that ran from 16 weeks to 44 weeks, a significantly greater percentage of patients who switched to risankizumab achieved PASI 90 vs those who continued on adalimumab (66% vs 21%, respectively; P <.0001).

A study limitation included the variation of times between the risankizumab and adalimumab treatment groups when the final postdose assessments of efficacy were performed.

In an editorial published in the British Journal of Dermatology, the authors suggest that further research may “be helpful to identify whether exposure to or failure on multiple biologics influenced treatment efficacy” in patients with plaque psoriasis.2 In addition, the authors wrote that real-world data may also “help to refine the place of risankizumab in the therapeutic algorithm for psoriasis.”

Disclosure: A study author declared affiliations with the pharmaceutical industry. Please see the original reference for a full list of authors’ disclosures. 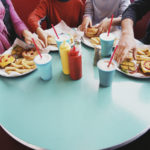