Psoriasis patients have high rates of cardiometabolic comorbidities, including hyperlipidemia, hypertension, depression, type 2 diabetes mellitus, and obesity, according to a study published in the Journal of the American Academy of Dermatology.1

Kamal Shah, MD, from EMD Serono, Inc, Billerica, Massachusetts, and colleagues, sought to assess the extent of comorbidities in psoriasis patients. A total of 1.22 million patients with 1 or more claims with a psoriasis diagnosis between January 1, 2008, and December 31, 2014, were found in the MarketScan database. Patients older than 18 years of age who had more than 2 health claims in any diagnosis field for psoriasis with a psoriasis diagnosis between July 1, 2008, and June 30, 2014, were included to allow follow-up observation time.

A total of 469,097 adult patients (48% men; median age, 51) met the inclusion criteria. In the psoriasis population, the majority of patients were prescribed at least 1 therapy, and the most common therapies were either steroids or topical steroids.

“A substantial proportion of patients with psoriasis have comorbid conditions that should be considered when formulating a treatment and management plan,” reported the authors. 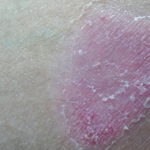