Among patients with moderate to severe plaque psoriasis, treatment with mirikizumab (Lilly) was found to be noninferior to secukinumab (Cosentyx; Novartis) at week 16 and superior at week 52 with regard to skin clearance, according to results from the phase 3 OASIS-2 study.

Mirikizumab is a humanized IgG4 monoclonal antibody that binds to the p19 subunit of interleukin 23. The multicenter, double-blind, placebo-controlled study compared the efficacy and safety of mirikizumab to placebo and secukinumab, an interleukin-17A antagonist, in 1465 adults with moderate to severe plaque psoriasis.

The co-primary end points were the proportion of patients with a Static Physician’s Global Assessment (sPGA) of (0,1) with at least a 2-point improvement from baseline and the proportion of patients with a ≥90% improvement from baseline in Psoriasis Area and Severity Index (PASI 90) at Week 16 compared with placebo. Key secondary end points included the same co-primary end points compared with secukinumab at week 16, along with PASI 75 and PASI 100 responses at week 16.

At week 16, mirikizumab (250mg every 4 weeks) achieved the following statistically significant results compared with placebo and secukinumab (per label) (P <.001):

The safety profile of mirikizumab was consistent with that seen in previous studies of other drugs in the IL23p19 class. The most common treatment-emergent adverse events (≥5%) during the induction period (up to week 16) were nasopharyngitis and upper respiratory infections and during the combined induction and maintenance treatment periods (up to week 52) were nasopharyngitis, upper respiratory tract infections, headache, back pain, and arthralgia. The frequency of serious adverse events was comparable across treatment arms.

Full study results will be disclosed at future congresses.

“We look forward to bringing mirikizumab to market to provide patients with an additional treatment option that has the potential to provide near complete or complete skin clearance as measured by PASI 90 and PASI 100, with sustained results at 52 weeks,” said Patrik Jonsson, Senior Vice President and President of Lilly Bio-Medicines.

The Company is also conducting phase 3 trials to investigate mirikizumab for the treatment of inflammatory bowel disease  including ulcerative colitis and Crohn disease. 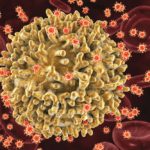 Brodalumab for the Treatment of Psoriasis in Patients With HIV