The efficacy of interleukin (IL)-23 targeted drugs for the treatment of moderate to severe psoriasis found support in results from a meta-analysis published in Dermatologic Therapy.  Pooled outcome data from 14 randomized clinical trials revealed that guselkumab and risankizumab were associated with the greatest improvements in psoriasis area and severity. Adverse events occurred at similar rates in treatment and placebo groups, suggesting that IL-23 inhibitors were generally well tolerated by patients.

Investigators conducted a systematic search of PubMed, Embase, Web of Science, and Cochrane Library for English-language, randomized controlled trials describing the efficacy and safety of IL-23 targeted drugs for moderate to severe psoriasis. IL-23 inhibitors of interest included ustekinumab, guselkumab, tildrakizumab, and risankizumab. Eligible studies reported efficacy using validated clinical tools, including the Psoriasis Area of Severity Index (PASI), Physician’s Global Assessment (PGA), and/or the Dermatology Quality of Life Index (DLQI). Treatment response was defined as achieving a PASI score improvement of 75% (PASI 75) or 90% (PASI 90), a PGA of 0 or 1, and/or a DLQI of 0 or 1. Pairwise and network meta-analyses of efficacy outcomes were performed using random-effects models. In network meta-analyses, the primary outcome was percentage of patients achieving PASI 75 during the induction period (week 12 or 16). Surface under the cumulative ranking curve (SUCRA) was used to rank the efficacy of treatments for each outcome indicator.

The meta-analysis included a pooled cohort of 8,402 patients. The majority of patients (70.2%) were men, and mean age was 45.7 years. Most studies were at low risk for bias, according to the Cochrane risk for bias tool. In pairwise meta-analyses, ustekinumab, guselkumab, tildrakizumab, and risankizumab each outperformed placebo in terms of percentage achieving PASI 75, PASI 90, PGA 0/1, and DLQI 0/1. In network meta-analyses of PASI 75 response at weeks 12 and 16, risankizumab 90 mg was more efficacious than guselkumab 100 mg, risankizumab 18 mg, tildrakizumab at any dose (5 mg, 25 mg, 100 mg, and 200 mg), and ustekinumab at any dose (45 mg and 90 mg). Patients receiving risankizumab 90 mg and 180 mg were more likely to achieve PGA 0/1 than patients receiving tildrakizumab (5 mg, 25 mg, 100 mg, and 200 mg), ustekinumab (45 mg and 90 mg), guselkumab 100 mg, or risankizumab at other doses. PASI 90 response was more frequent in patients taking guselkumab 100 mg or risankizumab (180 mg, 150 mg, and 75 mg) than in patients taking tildrakizumab or ustekinumab at any dose. Analyses were not sufficiently powered to compare all dosing regimens by percentage achieving DLQI 0/1. Using SUCRA score, guselkumab 100 mg and risankizumab 90 mg, 180mg, and 75 mg were the best options for achieving efficacy outcomes. However, no single drug was ranked first for all outcome measures. No significant differences in safety outcomes were observed between the IL-23 inhibitors and placebo. All IL-23 inhibitors of interest were relatively well tolerated by patients.

As study limitations, investigators cited between-study heterogeneity and the exclusion of studies not published in English.

These data support the use of IL-23 targeted drugs for the treatment of moderate to severe psoriasis. In particular, guselkumab and risankizumab emerged as the best-performing agents for achieving PASI 75, PASI 90, and PGA 0/1. Adverse events occurred at similar rates in placebo and treatment groups for all 4 drugs of interest. 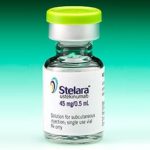