HealthDay News — For people with psoriasis, “freedom from disease” is a multicomponent concept that includes five main domains, according to research published online Nov. 24 in the Journal of the European Academy of Dermatology and Venereology.

Ilse van Ee, from Psoriasispatiënten Nederland in Nijkerk, and colleagues aimed to build a unified consensus on the definition of “freedom from disease” for plaque psoriasis. People with psoriasis were involved during the entire methodological process, including a Facilitating Consensus Panel, which agreed on disease domains, and a larger Voting Consensus Panel to establish relative importance.

Six patient advocacy group representatives, three specialist nurses, and six dermatologists were included in the Facilitating Consensus Panel. Two rounds of voting were completed by 166 and 130 respondents, respectively. The researchers found that both rounds of voting had similar outputs and focused on normality of living, control of symptoms, and a relationship of mutual respect and trust between those with psoriasis and health care professionals. “Freedom from disease” was emphasized in the consensus statement as multifaceted and included the domains of management of clinical symptoms, psychosocial elements, quality of life and well-being, treatment, and support from the health care team.

“‘Freedom from disease’ represents a new treatment target in psoriasis that goes beyond traditional concepts of clinical remission and quality-of-life measures to include the goals of people with psoriasis, nurses, and physicians,” the authors write. 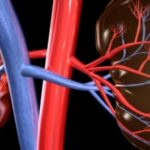 Biologic Therapy May Improve Renal Function in Patients With Psoriasis