Patients with severe psoriasis have an increased risk for mortality compared with matched controls, although evidence of an association is less strong among those with psoriatic arthritis (PsA), according to the results of a retrospective population-based cohort study conducted in Denmark and published in the British Journal of Dermatology.

The investigators sought to explore the risk for and leading causes of mortality among patients with psoriasis and PsA. Persons with a hospital-based diagnosis of either disorder were identified through the Danish National Patient Registry. Matched controls were identified from the general population of Denmark. Main outcome measures of the study were risk for death and cause-specific mortality among patients with psoriasis and PsA.

The significantly increased risk for death observed among those with psoriasis was associated with a number of causes, including diseases of the digestive system; endocrine, nutritional, and metabolic diseases; and certain infectious and parasitic diseases (HR 3.61, 3.02, and 2.71, respectively). In contrast, in patients with PsA, increased risk for mortality was observed only for certain infectious and parasitic diseases (HR 2.80) and for diseases of the respiratory system (HR 1.46).

Overall, patients with psoriasis died at a significantly younger age than did controls (mean age at death, 70.96 years vs 74.51 years, respectively; P <.0001).

The investigators concluded that patients with a hospital-based diagnosis of psoriasis have an elevated risk for death compared with matched controls, mainly caused by neoplasms and diseases of the digestive, circulatory, and respiratory systems. This increased burden of comorbidity may have implications for the increased mortality risk reported among those with psoriasis. 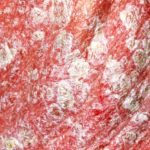