Tildrakizumab appears to be an effective treatment option for patients with moderate to severe plaque psoriasis, a meta analysis of 3 randomized, controlled clinical trials has found. The findings from this analysis was published in the Journal of the European Academy of Dermatology and Venereology.

One phase 2 and two phase 3 clinical trials (ClincialTrials.gov identifiers NCT01225731, NCT01722331, and NCT01729754) involving treatment with tildrakizumab — a humanized, immunoglobulin 1ҡ, anti-interleukin-23p19 monoclonal antibody — in patients with moderate-to-severe plaque psoriasis were included in the researcher’s pooled analysis. Patients had psoriasis covering ≥10% of body surface area and had scores of ≥3 and ≥12 on the Physician’s Global Assessment (PGA) and Psoriasis Area and Severity Index (PASI), respectively (n=2081).

Treatments included tildrakizumab 100 mg to 200 mg or placebo. End points across trials included the proportion of patients achieving PASI 75 at 12-week follow-up, PGA score of “clear” or “minimal” at 12- and 16-week follow-up, and PASI scores of 90 and 100 at weeks 12 and 16.

In the pooled analysis, tildrakizumab doses of 100 mg and 200 mg were associated with higher proportions of PASI 75 responders at 12 weeks compared with those who received placebo (62.3% and 64.8% vs 5.6%, respectively; P <.0001). Treatment with tildrakizumab was also associated with higher proportions of patients who achieved PASI 90, PASI 100, and PGA of “clear” or “minimal” compared with those taking placebo (P <.0001).

Patients with lower body weight had numerically greater week 12 PASI and PGA responses to tildrakizumab compared with patients with a higher body weight. Individuals with a higher body weight had numerically greater responses to the 200-mg dose vs the 100-mg dose. Treatment with 100 mg tildrakizumab vs placebo resulted in similar week 12 PASI 75 responses between patients who had (55%) and had not (56.7%) received prior biologic therapy.

One limitation of the analysis was the short follow-up period, which precluded the ability of the researchers to identify long-term responses to therapy.

“Further research into genetic biomarkers may be more informative than continuous variables as predictors of tildrakizumab response,” the researchers concluded. 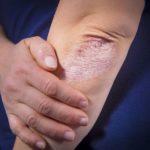 Despite Appearing Obvious, Link Between Stress and Psoriasis Is Still Not Well Understood