Limitations of the analysis include the small number of patients as well as the relatively short follow-up period.

While the differences in survival between the drugs remain unclear, the researchers suggest these “differences in their binding affinity to [interleukin]-17 may at least in part explain these findings.” 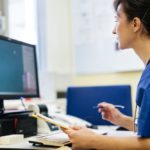