HealthDay News — In the first year of the Affordable Care Act (ACA), there was a relative decrease of one-third in uninsurance among adults with new cancer diagnoses, according to a research letter published online in JAMA Oncology.

Aparna Soni, from Indiana University in Bloomington, and colleagues used data from the National Cancer Institute’s Surveillance, Epidemiology, and End Results program for 2010 to 2014 to quantify changes in health insurance coverage under the ACA among patients newly diagnosed with cancer. Data were obtained for 858,193 adults aged 19 to 64 with new cancer diagnoses.

The researchers found that 5.73% of these individuals were uninsured before 2014, compared with 3.81% in 2014, a 1.92% decrease (33.51% relative decline). There were significant decreases across all stages and sites assessed.

“Policy changes that reduce Medicaid funding or weaken protections for individuals with pre-existing conditions could be particularly harmful for patients with cancer,” the authors write. 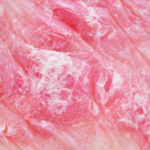