The objectives of the current study were to examine the efficacy, safety, and time to discontinuation (ie, drug survival) of the originator biologics adalimumab, etanercept, infliximab, secukinumab, and ustekinumab compared with biosimilar agents. Patients from the DERMBIO registry, which contains data on all Danish patients with moderate to severe plaque psoriasis who were treated with biologics between January 1, 2007, and March 31, 2017, were assessed.

A total of 3495 treatment series (translating into 2161 patients) were included in the analysis (adalimumab: n=1332; etanercept: n=579; infliximab: n=333; secukinumab: n=196; and ustekinumab: n=1055). Regarding analysis of the Psoriasis Area and Severity Index (PASI) response, secukinumab-treated patients achieved the highest number of PASI100 responses (ie, a 100% reduction in PASI) but also the lowest rate of drug survival among all those treated with biologics. Ustekinumab -treated patients, on the other hand, achieved the highest rate of overall drug survival.

No significant differences in risk for discontinuation between the originator and biosimilar versions of infliximab or etanercept were reported (crude hazard ratio [HR] 1.64; 95% CI, 0.69-3.89; P =.264 and crude HR 0.46; 95% CI, 0.11-1.98; P =.297, respectively). Treatment with higher-than-approved doses was reported often for all agents, except for adalimumab and secukinumab. The occurrence of adverse events (mainly infections) was observed most frequently with secukinumab, with an increased incidence of cardiovascular events (although low) also reported with this agent compared with the other biologics.

The investigators concluded that additional studies are warranted to assess the long-term safety of novel biologic agents for the treatment of patients with plaque psoriasis. Findings from this study may have an impact on the selection of biologic agent for those who are relevant candidates for this type of therapy as well as for those whose disease has failed to respond to treatment with ≥1 biologic agent. 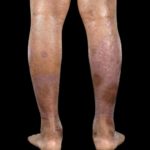 Taltz Approved for the Treatment of Active Psoriatic Arthritis