Topical coal tar has been used to treat psoriasis, atopic dermatitis, and seborrheic dermatitis. Although prescriptions for topical coal tar products increased from 1996 to 2010, these prescriptions have since decreased, possibly due to improved prescription coverage for vitamin D3 analogs and increased use of calcipotriene during this time, according to study findings published in the Journal of the American College of Dermatology.

A small research team from the University of Cincinnati and the University of Pennsylvania examined topical coal tar prescribing patterns in the United States from 1996 to 2016. The study included data from the National Ambulatory Medical Care Survey (NAMCS) for clinical encounters with prescriptions for topical coal tar, coal tar shampoo, topical vitamin D3 analog calcitriol, and calcipotriene.

Approximately 19% (95% CI, 16–22) of patients prescribed coal tar products were under the age of 25 years. Dermatologists were responsible for prescribing 58% of coal tar products, and 28% of topical coal tar prescriptions were dispensed with a psoriasis diagnosis encounter.

A limitation of the study was the reliance on the NAMCS database, which did not capture use of over-the-counter coal tar products during the studied timeframe.

The investigators of this study indicate that additional research is needed “to determine whether coal tar will become obsolete as additional steroid-sparing agents enter the market or whether variably refined coal tar products will become more popular if other aryl hydrocarbon receptor agonists are approved for dermatologic disease.” 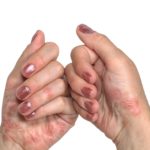