The study relied on data from the multicenter, observational Psoriasis Longitudinal Assessment and Registry (PSOLAR), which evaluated the long-term safety and outcomes of patients with psoriasis who received biologic agents and/or conventional systemic treatments. A total of 2224 women of childbearing age (mean age, 27.8 years) with a total of 12,929 patient-years of follow-up (median age, 7.2 years) were included in this analysis of the PSOLAR.

Of 298 pregnancies, approximately 81.9% resulted in birth, 13.8% ended in spontaneous abortion, and 4.4% were electively terminated. Approximately 90.9% of 243 births were full term, and 9.1% of infants were born prematurely. There were 231 healthy newborns, 10 infants with a neonatal condition, 2 infants with a congenital anomaly, and 1 stillbirth.

A limitation of the PSOLAR used in this study was the inclusion of medical history only at baseline, which the investigators suggest may have limited the collection of relevant details regarding fertility and pregnancy outcomes.

In spite of these limitations, the researchers suggest that their findings indicate “pregnancy outcomes among women with moderate-to-severe psoriasis in PSOLAR have remained consistent with previously reported data and the general population.”

Disclosure: This clinical trial was supported by Janssen. Several study authors declared affiliations with the pharmaceutical industry. Please see the original reference for a full list of authors’ disclosures. 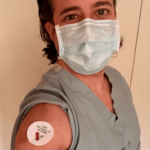