The efficacy and safety of apremilast for the treatment of mild to moderate plaque psoriasis found support in study data published in the Journal of the American Academy of Dermatology.

This phase 3, double-blind, placebo-controlled study enrolled adult patients with mild to moderate plaque psoriasis at clinics in the United States and Canada. The trial was registered in October 2018; enrollment began in March 2019. Patients were randomly assigned  (1:1) to 16 weeks of either apremilast 30 mg twice daily or placebo twice daily.

Results from this trial support the efficacy and safety of apremilast for the treatment of mild to moderate plaque psoriasis, the researchers wrote. Patients in the apremilast arm were more likely than control patients to achieve sPGA response. No new safety signals were observed.

As a study limitation, investigators cited the absence of an active comparator arm; the relative efficacy of apremilast compared with other systemic treatments remains unclear. Further study is necessary to better establish the real-world effectiveness of apremilast, they believe.

Disclosure: This research was supported by Amgen, Inc. Please see the original reference for a full list of disclosures 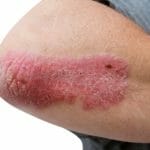