According to the findings of a recent review, the Food and Drug Administration (FDA) rarely disagrees with recommendations made by its advisory committees.

To better understand the factors that contribute to disagreement between the FDA and its advisory committees, the authors of the review examined meeting documents (from 2008-2015) that discussed medical product safety and/or efficacy. Specifically, they looked at the recommendations set forth by the committee and the action taken by the FDA within 1 year of the meeting.

A total of 376 voting meetings occurred during the assessment period of which 237 involved drug products, 78 discussed biologics, and 61 reviewed medical devices; cardiovascular, antimicrobial, and oncology-related products were the focus of 41% of these meetings.

“Discordance was associated with lower degrees of advisory committee consensus and was more likely for agency actions focused on medical product safety than for novel approvals or supplemental indications,” the authors stated. “Statements by public speakers, advisory committee conflicts of interest, and media coverage were not associated with discordance between the committee and the agency.”

According to the findings of this analysis, the FDA agrees with the recommendations of its advisory committees nearly 80% of the time. In cases of disagreement, the FDA is less likely to approve new products or supplemental indications or authorize safety changes compared to its advisory committee. “These findings raise important issues regarding the factors that differentially shape decision making by advisory committees and the FDA as an agency, including institutional or reputational concerns,” the authors concluded. 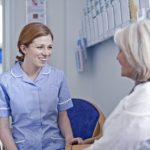