HealthDay News — Face mask and social-distancing laws will be lifted in Britain later this month and British citizens will have to “learn to live with the virus,” Prime Minister Boris Johnson said Monday.

The lifting of government controls is set to start on July 19, but a final decision will come on July 12, Johnson said. The government will also stop telling people to work from home if they can, the Associated Press reported.

“I want to stress from the outset that this pandemic is far from over,” he said, predicting that cases could hit 50,000 a day by July 19, the AP reported. “We must reconcile ourselves, sadly, to more deaths from COVID.” But, “if we can’t reopen our society in the next few weeks, when we will be helped by the arrival of summer and by the school holidays, then we must ask ourselves ‘when will we be able to return to normal?'” he said.

Confirmed COVID-19 cases in Britain have increased from about 2,000 a day earlier this year to 25,000 a day in the past week, thanks largely to the emergence of the Delta variant that first surfaced in India this past spring, the AP reported. But the number of deaths has stayed stable, at fewer than 20 a day.

Public health officials say the British vaccination program has weakened the link between infections and deaths. So far, 86 percent of U.K. adults have received at least one vaccine dose and 64 percent are fully vaccinated. The government aims to give everyone older than 18 years both shots by mid-September, the AP reported. 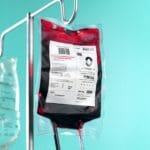