Analysis of the most viewed alopecia-related videos on TikTok revealed that the quality of medical information concerning alopecia disseminated through this medium is less than ideal for patient education and contains substantial self-promotion, according to study findings published in the Journal of the European Academy of Dermatology and Venereology.

The video-focused social networking service TikTok has more than 1 billion active monthly users; there is a wide range in reliability of dermatologic information disseminated through this outlet. Researchers sought to investigate the reliability and characteristic content of the most viewed alopecia-related videos on TikTok focusing on diagnoses, content type, and content creators.

They initiated a cross-sectional, descriptive study in February 2022 of the 25 most viewed videos in each of the diagnoses of alopecia areata, traction alopecia, trichotillomania, female and male pattern hair loss, alopecia universalis, telogen effluvium, and frontal fibrosing alopecia. Eliminating duplicates, advertisements, and non-English videos resulted in 183 videos which were then categorized by diagnosis, content type, and content creator.

The DISCERN instrument (a validated questionnaire that measures quality of consumer health information on a scale of 1 [poor] to 5 [excellent]) was used for analysis by 2 independent raters. Average scores below 1.8 are considered “very poor” and those between 1.8 and 2.5 are considered “poor,” with scores from 4.2 to 5.0 considered “excellent.”

The most viewed diagnoses included alopecia areata, traction alopecia, and trichotillomania. Researchers found that board-certified dermatologists produced less than 10% of the 183 videos and patients produced more than 64%. About a third of the videos were categorized as primarily educational and more than half as depicting “personal experiences.” Among the educational videos, about 70% discussed treatments, 58% etiology, 15% diagnosis, and 8% nutrition.

Study limitations were acknowledged as the small sample size and the limited generalizability of data due to rapid turnover of TikTok content.

Researchers concluded that average DISCERN scores of the most viewed alopecia-related videos on TikTok were relatively low, which included videos posted by dermatologists. According to their findings, researchers said, “we believe that the current quality of medical information on TikTok is not ideal for patient education, and a significant amount of content is related to self-promotion.” They added, “certain well-known hair experts are now providing free educational information not linked to self-advertising on other social media platforms, such as YouTube, and we believe that the role of social media in patient education will increase in the future.” They urge medical consultations to include discussions about the reliability of various sources of information. 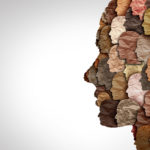