HealthDay News — In a close 8-7 vote, the Advisory Committee on Immunization Practices recommended that Shingrix be chosen over Zostavax as the herpes zoster vaccine of choice in adults aged 50 and older, the Washington Post reported.

In total, more than 40 million people will be affected by the new recommendations, the newspaper said.

The US Food and Drug Administration had just approved Shingrix last Friday based on a study from its maker, GlaxoSmithKline. That research found Shingrix protected about 90% of patients, but Zostavax protected only 50% of patients. Shingrix requires 2 shots, while Zostavax requires only 1 shot.

“This represents a major advance for people who want to be protected against the disease and its complications,” Kathleen Dooling, MD, MPH, a medical officer with the US Centers for Disease Control and Prevention, told the Post. 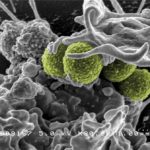