HealthDay News — More than two-thirds of individuals have never heard of any of 6 invasive fungal diseases, according to research published in the Sept. 25 issue of the U.S. Centers for Disease Control and Prevention Morbidity and Mortality Weekly Report.

Kaitlin Benedict, MPH, from the CDC in Atlanta, and colleagues conducted a nationally representative online survey to assess whether participants had heard of s6 invasive fungal diseases to guide public health educational efforts.

The researchers found low awareness, which varied by disease, from 4.1% for blastomycosis, 5.1% for aspergillosis, 7.5% for histoplasmosis, 7.6% for coccidioidomycosis, 9.0% for cryptococcosis, and 24.6% for candidiasis. Overall, 68.9% of respondents had never heard of any of the diseases. Those who were aware of 1 fungal disease were more likely to be aware of others. There were associations seen for female sex, higher education, and increased number of prescription medications with awareness. 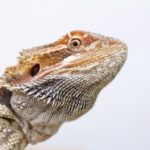