A substantial healthcare burden exists due to extraintestinal invasive Escherichia coli infectious (IEI) at hospitals in the United States, according to published in Clinical Infectious Diseases.

Data from the Premier Healthcare Solutions database, which contains details of a quarter hospital visits in the United States, were analyzed for this retrospective, observational study. Patients (N=37,207,510) who visited a hospital between 2009 and 2016 were assessed for IEI and evidence of antibiotic resistance.

Among patients with a recurrence (n=1764), average time to first recurrence was 117.2±96.1 days. Recurrence occurred sooner among patients who had a prostate biopsy, compared with other bloodstream infections, complicated pneumonia, or urosepsis.

This study may have been biased by only considering recurrence among patients who were readmitted to the same hospital.

These findings indicated older inpatients were at elevated risk for IEI, most commonly caused by urosepsis or other bloodstream infections. Resistance to fluroquinolone antibiotics was relatively common (>25%) and extended-spectrum cephalosporin resistance has been increasing in recent decades. Additional studies are needed for prevention of IEI in the United States. 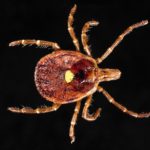