No one depression intervention type has demonstrated its superiority in populations of patients living with differing types of chronic pain, according to research results published in Pain Medicine.

Databases were searched through September 15, 2020. Systematic reviews that focused on adult patients with chronic pain lasting for 3 or more months were included. Outcome scales of interest included the Beck Depression Inventory, the Hamilton Depression Rating, the Montgomery-Asberg Depression Rating, and the Centre for Epidemiological Studies Depression Scales.

A total of 8435 studies were retrieved and screened. After review and application of exclusion criteria, a total of 83 reviews remained. The reviews synthesized depression outcomes across 459 unique primary studies published between January 1981 and November 2018. Study sample sizes ranged from 24 to 6478 participants.

Across 83 reviews, fibromyalgia, mixed chronic pain, and arthritis were the most common types of pain evaluated (35%, 28%, and 16%, respectively), with psychological, pharmacological, and mind-body as the most common intervention types (45%, 18%, and 15%, respectively). Through a network visualization, “distinct subgroups” began to form based on pain and intervention types.

Another network—this one including mind-body, exercise, massage, and water therapy—examined effects in patients with fibromyalgia and mixed chronic pain. The most significant effect in reducing depressive symptoms was from a moderate-quality review of mediation with mixed comparators; the review synthesized 6 randomized controlled trials including 658 participants (SMD, -0.49; 95% CI, -1.89 to -0.1), and mindful movement was found to have small to medium effects.

A network focused on exercise included reviews specific to fibromyalgia, arthritis, and musculoskeletal pain. A single meta-analysis of 9 RCTs with 876 participants reported on a small but significant effect of exercise-based rehabilitation for arthritis (SMD, -0.16; 95% CI, -0.29 to -0.02). Two reviews of low and critically low quality evaluated the role of massage therapy in fibromyalgia, while a moderate quality review evaluated water-based interventions. Small effects were shown on depressive symptoms for balneotherapy vs inactive comparators over medium- long-term follow-up (SMD, -0.31; 95% CI, -0.59 to -0.03).

Numerous systematic reviews of low or critically low quality evaluated the effects of brain stimulation, music, complementary and alternative medicine, acupuncture, cannabis, and interventional therapy. One moderate quality review evaluated the effects of brain stimulation in those with neuropathic pain, while the other moderate quality review investigated the combination of herbal Chinese medicines with pharmacological interventions in arthritis. Effects were small to medium and small, respectively, and nonsignificant in both studies.

Study limitations include the limited focused on depressive symptoms, a lack of well-defined intervention types, and grouping of pain types based on the definitions included in the reviews.

“Effects on depressive symptoms so far have been under synthesized in common pain interventions such as opioids and acupuncture,” the researchers concluded. “There is also a need for more assessment and synthesis of depression outcomes in common pain conditions such as arthritis and axial pain.” 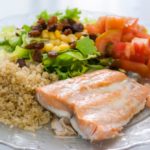