Studies have found that people with symptomatic Alzheimer disease (AD) often drive shorter distances and visit fewer new locations compared with people without AD. With that in mind, GPS data may serve as a biomarker for identifying preclinical AD, according to the results of a study published in Alzheimer’s Research & Therapy.

The participants — 75 people without preclinical AD and 64 people with preclinical AD — were already enrolled in studies on aging, dementia, and driving. The researchers measured Aβ42 and Aβ40 analytes in cerebral spinal fluid and used positron emission tomography to determine preclinical AD.

A limitation of the study was the inability of the GPS device to detect who drove the vehicles, whether the participant, a spouse, or a family member. Additional limitations included all participants residing in metropolitan St. Louis, Missouri; therefore, the results may not apply to the general population. The study also did not examine socioeconomic status, sex, race, income, or education level.

“Recent advances in the development of plasma AD biomarkers have led to newly available blood tests for abnormality of AD-related proteins, and these blood tests may ultimately become widely used in clinical practice to diagnose AD,” the researchers concluded. “Machine learning methods like those used here should also be applied to determining the optimal combination of driving behaviors to identify and predict blood-based AD diagnoses.” 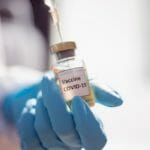