Minorities have higher rates of dementia brought on by modifiable risk factors such as high blood pressure and obesity than White individuals, according to a recent study published in JAMA Network Open.

An earlier Lancet Commission study identified several modifiable risk factors for dementia including low education, hearing loss, traumatic brain injury, hypertension, excessive alcohol consumption, obesity, smoking, depression, social isolation, physical inactivity, diabetes, and air pollution. As the number of people living with dementia has grown, researchers decided an updated analysis was needed regarding the connection between these risk factors and dementia. They also wanted to know how these risk factors affect different ethnic groups. They used data from a sample of Black and White individuals in the Atherosclerosis Risk in Communities (ARIC) study, among other databases.

Hypertension, obesity, and physical inactivity were associated with the greatest number of dementia diagnoses across all groups except for Asian individuals, who had a lower incidence of obesity. “The proportion of potentially preventable dementia cases was considerably higher among Black and Hispanic individuals than it was among White and Asian individuals,” the researchers added. “This indicates that modifiable determinants of dementia are particularly important for shaping rates of disease among Black and Hispanic individuals, who currently have substantially higher dementia prevalence than those who are White.”

Of the limitations, the relative risk estimates were taken from observational data. No data were available for Asian individuals on social isolation. And it didn’t measure “risk of risks” factors such as segregation, discrimination, and incarceration.

“Delaying dementia onset in the population by targeting modifiable risk factors is the best tool to curb the projected increase in dementia cases,” the researchers concluded.

“Policy makers should prioritize efforts to reduce the prevalence of midlife obesity, midlife hypertension, and late-life physical inactivity, which are currently associated with the largest fraction of dementia cases in the US. Continued efforts should be made to reduce racial and ethnic disparities in the 12 risk factors considered in this study, including addressing structural factors which underlie risk factor differences. Doing so could help to achieve cognitive health equity among America’s rapidly diversifying population of older adults.”

Multiple authors declared affiliations with industry. Please refer to the original article for a full list of disclosures. 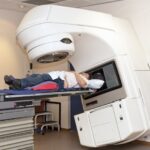