Isolates of multi-drug resistant (MDR) Acinetobacter baumannii obtained from patients with burns had a high prevalence of genes encoding for metallo-β-lactamases (MBL) enzymes, according to study results published in BMC Infectious Diseases.

The most common mechanism for antimicrobial resistance in A baumannii are MBLs, which are usually associated with gene cassettes of integrons that are easily passed between bacteria. Researchers investigated the presence of class 1 integrons and associated gene cassettes, as well as MBL-encoding genes such as blaVIM and blaIMP, in isolates obtained from patients with burns in Tehran.

According to the researchers, the study was limited by its cross-sectional design and lack of resources. In addition, this was the first time the gene cassette arrays cmlA5 and cmlA7 were detected in strains of A baumannii in Iran. “The data obtained in the present study may provide a basis for future studies,” the researchers concluded. 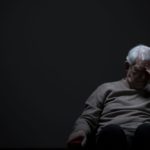