Influenza infection is associated with increased risk for Parkinson disease (PD) more than 10 years after infection, according to study results published in JAMA Neurology.

Results of previous studies on the association between infection and risk for PD were mixed. The objective of the current study was to determine the link between influenza and other infections with PD more than 10 years after infection.

Data on influenza diagnoses were collected from inpatient and outpatient hospital clinics in the Danish National Registry from 1977 through 2016. The median number of diagnoses per month was calculated and months with more than 3-fold the median were identified as peaks.

Influenza diagnosed at any time during a calendar year was associated with PD more than 10 years later (odds ratio [OR], 1.73; 95% CI, 1.11-2.71) after adjusting for cardiovascular disease, diabetes, chronic obstructive pulmonary disease, emphysema, lung cancer, Crohn’s disease, and ulcerative colitis. The risk was higher with a greater time from infection and for more than 15 years the adjusted OR was 1.91 (95% CI, 1.14-3.19; P =.01).

Several specific infections showed an increased OR for PD within 5 years, but most associations appeared to be null after more than 10 years, including pneumonia, gastrointestinal infection, miscellaneous bacterial infections, septicemia, and male genital infections.

The study had several limitations, including lack of laboratory confirmation of infections, inclusion limited to infections diagnosed in a hospital or hospital-associated outpatient clinic, and potential residual confounders. 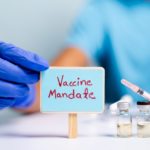