To add to the data pool, researchers conducted a cohort study using data from Swedish national registers. The study, the results of which were published in JAMA Psychiatry, included 28,557 patients hospitalized for depression; 6412 patients received ECT. The researchers reported that ECT administrated approximately 3 times per week was associated with decreased suicide risk within 12 months compared with no ECT — 1.1% of patients receiving ECT and 1.6% who did not receive ECT died by suicide within those 12 months. The data also showed suicide to occur within 3 months in .4% of the ECT-receiving group and .7% of the non-ECT group, although this was not found to be statistically significant. The researchers found a greater association between ECT and decreased suicide risk in older age groups than in younger age groups.

Nonetheless, “this study supports the continued use of ECT to prevent suicide among inpatients with severe depression, especially older patients and patients with psychotic depression,” the researchers concluded.

Disclosure: One study author declared an affiliation with biotech, pharmaceutical, and/or device companies. Please see the original reference for a full list of authors’ disclosures. 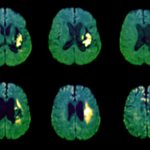