Although an increased risk for bullous pemphigoid (BP) has not been reported among patients with cancer, age, cerebrovascular disorders, and diabetes mellitus are all independent risk factors for the disease, according to the results of a 10-year nationwide, population-based cohort study published in the British Journal of Dermatology.

The investigators sought to assess risk for the subsequent development of BP in patients with cancer. Data derived from the Taiwan National Health Insurance Database between 2000 and 2011 were used to conduct the study.

The researchers recruited a total of 36,838 patients with cancer and 147,352 age-, gender-, and index date–matched controls. Both cohorts were followed until the date of BP diagnosis, death, or the end of 2011. The mean age of the participants was 61.2 years; 45.5% of the participants were women, and 54.5% were men. The average duration of observation was 3.48 years in the cancer arm and 5.87 years in the control arm.

The investigators concluded that because the incidence of BP was not higher among patients with cancer than among controls, cancer is not a risk factor for BP. Higher incidence rates of subsequent BP were reported in patients with brain and nervous system tumors than in those with other forms of cancer; thus, additional studies are warranted to examine the association between brain tumors and BP. 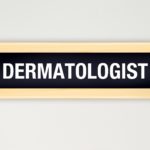