A twice-daily topical skin care regimen consisting of a pharmaceutical-grade cleanser and moisturizer was superior to placebo for improving hydration and elasticity and reducing wrinkle size in women with sensitive skin. This is according to findings from a study published in Clinical, Cosmetic and Investigational Dermatology.

White females between the ages of 32 and 72 years old were enrolled in the double-blind study (N=30). The skin care regimen consisted of a moisturizer with glycerin and niacinamide and an exfoliating cleanser with glycerin as its first ingredient. The negative placebo control products were the same moisturizer and cleanser but without the active ingredients, whereas the positive control products were a different moisturizer and gentle cleanser with similar ingredients as the test products and made by the same pharmaceutical company.

Limitations of the study include its short follow-up duration, small sample size, and the inclusion of only white females.

One reason the test products were effective was the inclusion of niacinamide, an ingredient which “increases collagen production, an effect that is also relevant to other anti-wrinkle agents, such as all-trans retinoic acid,” the researchers wrote.

Disclosures: The authors reported conflicts of interests with Ego Pharmaceuticals, which produced the test products and sponsored the study. 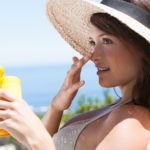