The efficacy and tolerability of microneedling combined with 5-fluorouracil (5-FU) solution for the treatment of plantar warts was supported by study data published in Dermatologic Therapy.

Intralesional 5-FU (IL5-FU) has been used as an off-label wart treatment for years, despite its association with intense pain. Investigators sought to assess the efficacy, safety, and tolerability of microneedling combined with 5-FU solution compared with IL5-FU. Ninety patients with plantar warts were recruited from the dermatology outpatient clinic of the Zagazig University Hospital in Egypt. Study recruitment took place from April 2019 to April 2020. Patients were assigned to 1 of 3 treatment conditions: (1) IL5-FU only, at a maximum dose of 2 mL per session; (2) microneedling only; or (3) microneedling plus 5-FU. In the third study condition, 5-FU solution was applied directly to the warts after microneedling. The primary outcome was therapeutic efficacy, defined by a decrease in the size of each wart. Patients were asked to rate their overall satisfaction on a 4-point scale. Adverse events and tolerability were assessed at baseline and at each 2-week follow-up timepoint. Treatments were given for a maximum of 12 weeks; patients were followed for 6 months.

The 3 treatment groups did not differ significantly by baseline demographic or clinical characteristics. The majority of all patients were men (n=51; 56.7%), and aged 15 to 60 years. After 12 weeks of treatment, complete resolution of warts was observed in 76.7% of the IL5-FU group, 70% of the microneedling group, and 86.7% of the microneedling plus IL5-FU group. Although clinical response rates were not significantly different in the 3 groups (P =.36), the combination treatment group experienced the greatest reduction in wart size (P =.0001). The mean number of sessions was 5.25 ± 0.91, 4.65 ± 1.8 and 4.05 ± 1.47 in the IL5-FU, microneedling, and microneedling plus 5-FU groups (P =.01). Patients reported being “very satisfied” with their treatment in 53.5% of the IL-5FU group, 63.3% of the microneedling group, and 76.7% of the combination group (P =.05). The most common adverse event was pain at the treatment site, which was most intense in the IL5-FU group (P =.001). No wart recurrence was observed in any of the 3 groups at 6 months.

Small sample size was cited by the investigators as a limitation of the study.

Although all 3 groups experienced wart resolution, the greatest wart reduction and patient satisfaction were observed in the combination therapy group. Microneedling plus 5-FU solution may be a good alternative for patients with plantar warts who have difficulty tolerating the pain of intralesional 5-FU. 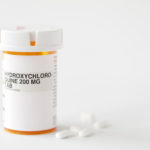