Rivaroxaban may increase the risk of severe abnormal uterine bleeding compared with other direct oral anticoagulants (DOACs) or warfarin, according to the findings of a retrospective study recently published in Drug Safety.

To assess whether anticoagulant therapy increases the risk of severe abnormal uterine bleeding, study authors utilized the FDA’s Sentinel System (10/2010-09/2015) to obtain data on females over 18 years old with a history of venous thromboembolism or atrial flutter/fibrillation who had recently initiated a DOAC or warfarin.

Based on their findings, the authors concluded that women of reproductive age on anticoagulant therapy should be made aware of the potential risk of severe abnormal uterine bleeding. 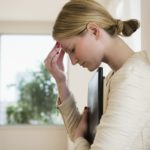 Getting Ahead of Migraines With Current and Emerging Approaches