Scabies represents a prevalent parasitic skin disease that is associated with a high global morbidity burden, and additional strategies are needed to help control the disease worldwide, according to data from a literature review published in Dermatologic Therapy.

Research from 2015 estimated that approximately 204 million people worldwide are affected by scabies. Resource-poor areas that are overcrowded and lack appropriate hygiene more frequently report the disease. In contrast, scabies typically occurs as institutional outbreaks in developed countries. Most studies agree that symptoms occur within 3 to 6 weeks after the primary infestation; however, symptoms can also occur within 1 to 2 days in re-infestation.

The most symptom includes extreme pruritus, which is attributable to either the scabies mite itself or the immune response that is initiated by the host. When scabies is presented in the scalp, it can resemble the appearance of seborrheic dermatitis. Nodular scabies on mens’ genitalia and breasts are typically accompanied by intense pruritus, and symptoms can persist for weeks or months despite effective treatment. Crusted scabies, characterized by dene hyperkeratosis, is another type of scabies that occur in patients with defective T cell immunity (eg, HIV), reduced cutaneous sensation, and reduced ability to debride mites mechanically.

There are several methods used to diagnose scabies, including lesion scrapings, skin biopsies, the burrow ink test, adhesive tape test, videodermatoscopy/videodermoscopy, dermatoscopy/dermoscopy, reflectance confocal microscopy, and optical coherence tomography. The International Alliance for the Control of Scabies (IACS) most recently established consensus diagnostic criteria for scabies, which may reduce the likelihood of misdiagnosis, which is common in the clinic.

Resistance to conventional therapy for scabies is a rising concern across the globe. New therapies and vaccines are currently under development, with some research showing promising results. Moxidectin, a newer agent for scabies, appears to have a longer half-life compared with ivermectin, and this treatment option also features greater tissue retention due to its lipophilic nature.

Fluralaner, an insect growth regulator, is also being investigated against scabies mite as it blocks the synthesis of chitin and prevents growth of larvae within eggs of the mite. A published study has suggested that fluralaner may be just as effective as oral ivermectin in scabies treatment. Another new therapy, afoxalaner, has also demonstrated positive results in animal models.

The authors of this review wrote that additional “scabies control strategies are needed, such as a community-based mass drug administration approach, in addition to more systematic approach to the monitoring of disease burden.” 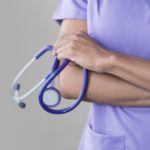