Platelet-rich plasma (PRP) can lead to a faster repigmentation response for mini punch grafting (MPG)/phototherapy without significantly affecting the final outcome in patients with stable vitiligo, according to study findings published in Dermatologic Therapy.

Researchers evaluated treatment outcomes for MPG/phototherapy treatment with and without PRP and assessed the relationship between basic fibroblast growth factor (bFGF) and the results.

The investigators assessed 34 vitiliginous patches (2 per patient), which were treated with autologous MPG and subsequent exposure to phototherapy with and without enhancement from the PRP procedure and monthly for the following 3 months. The repigmentation assessment was done at week 8 and at week 20, which was 1 month after the completion of all treatment procedures.

Lesional bFGF increased after both treatments with a higher expression with the addition of PRP but without clinical reflection on the final outcome, according to the researchers.

“An important finding in the present work is the significantly higher tissue level of bFGF with the PRP-assisted MPG/phototherapy treatment than that without at the end of study,” stated the investigators. “Despite that, this biochemical difference between the 2 procedures at the tissue level was not reflected on the final re-pigmentation outcome. Thus, bFGF might need to reach a critical level to exert its effect clinically.”

The study authors noted several limitations to their findings, including the small sample size and short duration of follow-up, and the lack of a cost-effectiveness analysis for the procedure.

“MPG combined with narrow-band ultraviolet B is a good treatment option in stable vitiligo,” the researchers commented. “Addition of PRP to MPG procedure does not improve the final treatment outcome, yet it can speed the appearance of re-pigmentation, which might be of significant concern in patients seeking fast results or in those extremely psychologically burdened by their condition. The decision of enhancing the results via PRP addition should be a matter of discussion with the patient and could be considered according to the patient’s needs and expectations.” 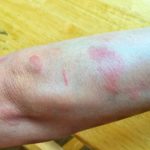