The Food and Drug Administration (FDA) has expanded the approval of Pomalyst (pomalidomide; Bristol Myers Squibb) to include treatment of adult patients with AIDS-related Kaposi sarcoma after failure of highly active antiretroviral therapy (HAART) or Kaposi sarcoma in adult patients who are HIV-negative. This indication was granted accelerated approval based on overall response rate (ORR) and continued approval may be contingent upon confirmatory trial results.

Pomalidomide is an analogue of thalidomide with immunomodulatory, antiangiogenic, and antineoplastic properties. The approval for Kaposi sarcoma was based on an open-label, single-arm study that evaluated the safety and efficacy of pomalidomide in 28 patients (18 HIV-positive, 10 HIV-negative). Patients received pomalidomide 5mg once daily on Days 1 through 21 of each 28-day cycle until disease progression or unacceptable toxicity; all patients continued HAART and also received aspirin 81mg once daily for thromboprophylaxis.

“Pomalyst has shown positive results in Kaposi sarcoma patients, regardless of their HIV status,” said Robert Yarchoan, MD, Chief of the HIV and AIDS Malignancy Branch within the Center for Cancer Research of the National Cancer Institute. “Also, it provides a therapy that is taken orally and works by a different mechanism of action than the cytotoxic chemotherapy drugs generally used to treat Kaposi sarcoma.” 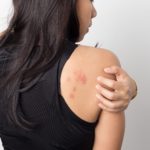