Respiratory disease and cardiovascular failure are identified as the most common causes of death in patients with bullous pemphigoid (BP) and pemphigus vulgaris (PV), results from a systematic review published in the British Journal of Dermatology found.

To better assess mortality rates in BP and PV, investigators conducted a review of randomized clinical trials, cohort studies, and grey literature describing cause-specific mortality in patients with BP or PV. Data extraction and quality assessment were conducted independently by 3 reviewers. For each study, the proportional mortality was calculated by dividing the number of deaths attributed to a specific cause by the total number of deaths. The standardized mortality ratio (SMR) was computed by dividing observed deaths from a specific cause from the number of expected deaths in the general population. Pooled proportional mortality and SMR were computed when available using random-effects models.

A total of 28 studies were included in the review: 14 for BP, 13 for PV, and 1 for both. In all, 26 studies were hospital based; 2 studies did not describe the setting. Most studies (n=20) were conducted in Europe. In meta-analyses, the highest recorded pooled proportional mortality for patients with BP was due to respiratory disease (34%; 95% confidence interval [CI], 21-47%). In patients with PV, the greatest proportional mortality was due to cardiovascular disease (34%; 95% CI, 18-50%). The pooled SMR for heart failure was 118.86 in patients with BP (95% CI, 35.84-394.2), indicating that deaths due to heart failure are 18.9% more common in patients with BP compared with the general population. However, this difference was not statistically significant.

The investigators found that data from this review reveal that patients with BP and PV are at high risk for death due to respiratory and cardiovascular disease. However, it was noted, few studies reported SMR which prevented further analysis of mortality in patients with PV. In addition, most studies were of moderate to low quality, with methodological limitations and/or poor generalizability. Future studies require longer-term follow-up, control groups, and a measure of mortality in person-years, researchers wrote.

The reasons behind high rates of respiratory and cardiovascular disease in BP and PV remain unclear, but may be related to the use of oral corticosteroids as a treatment method. “It is pertinent that researchers improve the reporting of mortality measures for these serious autoimmune blistering disorders,” investigators concluded. 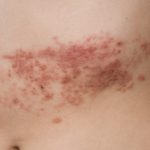