Regardless of the diagnosis of type 2 diabetes, patients with bullous pemphigoid who take dipeptidyl peptidase-4 inhibitors (DPP4Is) test positive for anti-BP180NC16a antibody less often than those who do not take DPP4Is, according to a study published in the Journal of Diabetes Investigation.

Furthermore, 16 patients with type 2 diabetes had not been prescribed a DPP4I, and only one of these patients tested positive for the antibody. Throughout the study period, 9304 patients were prescribed DPP4Is, and bullous pemphigoid developed in 8. Of those, 6 had a non-inflammatory form, and tests were negative for the antibody in 5. Despite its slightly reduced prevalence rate, researchers continue to warn of the risk of using DPP4I for diabetes treatment.

Among patients who used DPP4Is prior to bullous pemphigoid onset, researchers also analyzed antibody titers. The titer was found to be low in both the overall population and in those with type 2 diabetes.

Several limitations were noted for this study. Most notably, because many patients who were prescribed DPP4Is were transferred to other hospitals, the researchers were unable to determine the incidence of bullous pemphigoid for the entire initial population accurately.

Taking into account such limitations, researchers said of their findings, “We consider that it is highly important to identify the features of DPP4I-induced bullous pemphigoid. Although DPP4Is are effective drugs for the treatment of diabetes, care should be taken regarding the development of bullous pemphigoid.” 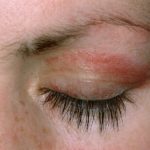