A review published in Dermatologic Therapy outlined the pathology, diagnosis, and treatment of the complex disorder, trichotillomania.

Although epidemiologic data specific to the disorder are scarce, trichotillomania is estimated to affect approximately 1% to 3% of the general population. Trichotillomania can be severely disabling, with patients reporting significant functional impairments related to hair loss. Trichotillomania may potentiate risk for other psychiatric disorders, such as depression and anxiety. In turn, trichotillomania severity may also be sustained by other psychiatric disorders: 1 study showed that difficulties in emotional regulation may be a common background for those affected. Boredom and feelings related to perfectionism appeared to be associated with an increase in hair-pulling behavior. Various other factors may serve as “triggers” for hair-pulling behavior, particularly in children or adults with difficulties processing emotions.

The clinical presentation of trichotillomania is characterized by alopecic plaques of various sizes and abnormal shapes. Patients may pull from the scalp or other body areas. In some cases, peripheral “erythema, hemorrhage, or excoriations” are present on the alopecic plaques. Patients may also chew or ingest pulled hair, which can result in gastrointestinal complications. Other associated behaviors include “nose-pinching [and] lips- and nails-biting,” particularly in adolescents and children. Diagnosis of trichotillomania is based on clinical presentation and medical history, including past psychiatric diagnoses. Only in cases in which alopecia is suspected should biopsies of bald spots be performed. Although the etiology of the disease remains unclear, some research suggests that trichotillomania may have a hereditary component. Those with affected first-degree relatives are more likely to have trichotillomania than their peers in the general population. Some variations in the SAP90/PSD-95 associated protein 3 (SAPAP3) gene have been observed in patients with hair-pulling and excoriation disorders. In addition, increased density of gray matter in certain brain regions may also inform disease pathology.

Cognitive behavioral therapy with habit reversal training is the recommended first-line intervention for trichotillomania. Pharmaceutical options include topical anesthetics and/or creams containing corticosteroids or capsaicin, which may prevent the urge to pull. Some psychotropic drugs may also be used to treat depressive or obsessive-compulsive symptoms present in the disorder. Prognosis varies by patient age and comorbidity profile. The disorder shows an “episodic evolution,” characterized by 2 to 3 episodes of intense pulling per year followed by partial or complete remission if properly treated. Patients may experience periods of relapse and recovery throughout the life course.

Data from this narrative review provide information on the pathology and treatment of trichotillomania. However, much work remains to be done: evidence about pharmacological intervention is scarce, and few studies assess trichotillomania in children and adolescents specifically. “A multidisciplinary approach involving [a] dermatologist, pediatrician and psychiatrist is essential for a correct assessment of illness’ components and its long-term successful treatment,” investigators wrote. 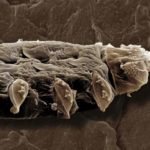