Targeted phototherapy with excimer light (EL) led to more regimentation than targeted ultraviolet (UV) B (TUVB) in patients with vitiligo, according to research findings published in Dermatologic Therapy.

In this study, researchers retrospectively evaluated the repigmenting efficacy and safety of phototherapy with EL or TUVB in patients with vitiligo. A total of 40 patients (mean age, 19.4 years) received EL, and 40 patients received TUVB (mean age, 23.4 years) during a 5-year period. The mean duration of vitiligo was 6.5 years in the EL group and 6.4 years in the TUVB group.

Patients in this study underwent phototherapy sessions twice weekly for a minimum of 30 sessions or until 90% to 100% repigmentation of the affected lesions was observed. Researchers compared the 2 groups in terms of the extent of repigmentation on the affected sites. Adverse events (AEs) were also assessed.

Limitations of this study included its retrospective nature as well as the small number of participants.

The researchers suggest “EL may have fewer long-term risks than NBUVB due to shorter treatment durations and lower cumulative dosages and is therefore, more favourable for use in certain patients especially those at high risk for malignancy.” 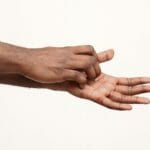