A modified disease activity score (DASmod) can be correlated with the original, validated DAS in patients with juvenile dermatomyositis (JDM), according to study results published in The Journal of Rheumatology. Researchers also noted that the validated and modified DAS scores can be used interchangeably with the help of a regression coefficient.

The 19-item DAS score is a valuable tool that assesses and quantifies the severity of JDM, with scores ranging from 0 to 20 (higher scores indicate greater severity of disease activity). However, some items on the DAS can only be scored contemporaneously, limiting its use in the retrospective analysis of clinical data. As a result, the researchers of this study created the 7-item DASmod (scored 0-12) to assess disease severity of JDM. Of note, items on the DASmod reflect those in the data collection form for the optimal JDM dataset.

The cross-sectional study evaluated data from 51 consecutive patients (31 female) seen at the JDM subspecialty clinic at The Hospital for Sick Children in Toronto, Canada between 2016 and 2018. Validated DAS scores were made by a clinician at the time of patient visits. The DASmod data were also collected from physician/practitioner clinical notes, combined with a global manual muscle testing score (gMMT) completed by a physiotherapist, based on a Kendall score (0-10) for each of the 7 standardized motor movements, including neck flexion, right shoulder abduction, left shoulder abduction, right hip flexion, left hip flexion, right hip abduction, and left hip abduction, to yield a total score of 0 to 70. For patients with skin abnormalities, skin parameters were also scored. In a separate analysis, researchers calculated DASmod using the manual muscle test (MMT8) instead of the gMMT, which they then compared with the validated DAS. To determine correlations between the validated DAS and DASmod, they analyzed data using linear regression and Pearson’s correlation coefficient.

Study limitations included the fact that both DASmod and DAS scores were skewed to low disease activity, indicating that more patients were close to or in remission; data from only 1 clinical center were used; and the easy availability of gMMT and MMT8 scores for this study, which may not be the case for centers with fewer resources.

Researchers concluded, “If the regression equation from this dataset is successfully tested against future datasets, then further research collaborations between centers that collect different data related to disease activity in children with JDM will be facilitated.” 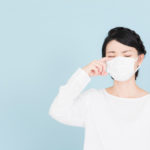