A rare case of clostridial gas gangrene following epinephrine auto-injection was recently described in a report published in the American Journal of Case Reports.

The 60-year-old male patient presented to the emergency department complaining of “the worst pain in his life” in his right thigh. Approximately 10 hours prior to his arrival, he had auto-injected epinephrine into the anterolateral thigh after being stung by multiple bees while gardening. Upon presentation, the patient’s heart rate was 112 beats per minute but all other vital signs were within normal limits.

“Due to ex­treme pain, a computed tomography scan was ordered, revealing prominent gas within the anterior com­partment of the right thigh, mostly involving the vastus lateralis and rectus femoris, suggesting necrotizing fasciitis,” the authors reported. The patient was initiated on antimicrobial therapy immediately, and within 70 minutes of receiving the CT results, was taken for surgical debridement.

“Given the risk to loss of life or limb, any delay of recognition of clostridi­al gas gangrene can be devastating to the patient,” the authors concluded. “Awareness of clostridial gas gangrene following epinephrine auto-injec­tion for the provider may help guide decision-making in pa­tients presenting with extreme pain, redness, or swelling near the injection site after epinephrine auto-injection.” 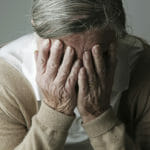